It’s the classic dinner party conversation in the run-up to novel publication: “Wow! You write books? Where do you get your ideas?”

I’m afraid I have to avoid the tendency to look a little blank, while thinking ‘Where do you not get your ideas?’

Because all of us, every day, have ideas, don’t we? Things that interest us, fascinate us, that we’d love to explore.

I think the better question is really: how do you think? And how do you know when the germ of an idea is worth exploring for a whole novel?

For me, there’s a classic ‘what if?’ moment, followed by a ‘why?’. For my last novel The Good Mother, it was the ‘what if a mother woke up in a room and didn’t know where her daughter was?’ I then in-fill with the ‘why’ that would possibly happen, and that’s the meat of the novel.

In my latest book, it’s so ridden with secrets and the joys of an unreliable narrator, to avoid spoilers I can only express this as ‘what if x, y, z? Oh, and also: a b c!’ and then there was a lot of ‘why’ to in-fill.

I’m sorry I can’t tell you more – you’ll have to read the book for that. But what I can say, is that behind all the ‘what ifs’ and ‘whys’ of my books, there is also another, more pertinent question for a reader: what would you do? If you were, like Jen in Don’t Say a Word or Susan in The Good Mother, convinced that there was a real existential threat to you and your child, what route would you take? How far would you go to protect your darling son or daughter?

You’d go the furthest you possibly could, right? But how far is your furthest? And from what starting point? That’s what makes the difference for Jen in Don’t Say a Word. She thinks she’s gone as far as she needs, from a very low ebb. But she must go further, and further again. Because she, too, asks herself: what if? What if she doesn’t do her bit?

That’s unthinkable. But she thinks it. We all do. And some of us write it down.

That, in short, is where the ideas come from.

Don’t Say a Word is out now and available for e-readers. Click here for Amazon. 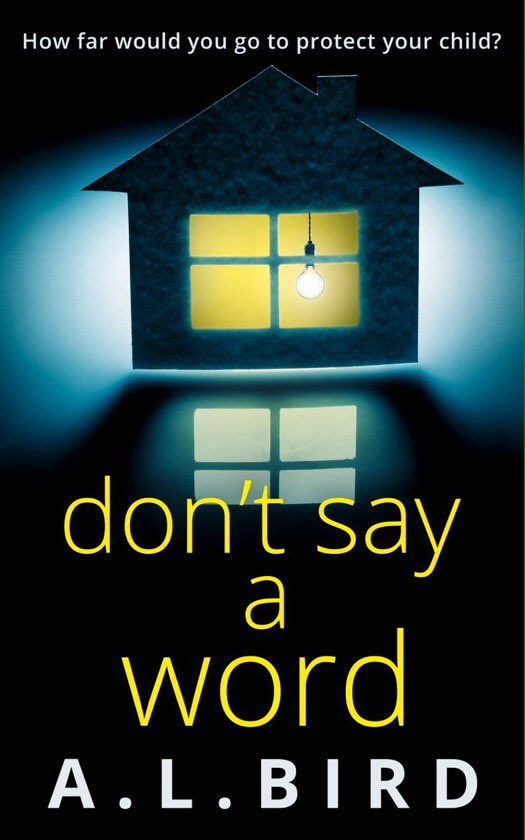 I’m almost ashamed of myself.

First things first. I’m not a Kindle apologist. I genuinely love my Kindle. Or rather, Kindles. The backlit one in the nursery so I can read in the dark if I find myself becoming a bed for my toddler during the night. A non-backlit one in my bedroom so I can find the same place in the same book if I want to read before switching off the light. The functionality is life-changing for readers, and I often forget whether I’ve read a book on Kindle or in print – the reading experience is much the same.

But then, this week, I received the print copy of my own novel The Good Mother. And I fell in love with print again.

Not that I’d ever been out of love with it. Our house is full of bookcases. My physical TBR pile is just as looming as my digital one, and is spread between different rooms to make it less terrifying.

Holding my own book, though, it was like I was a giddy teenager whose first crush has just acknowledged her. I was grinning like a goon, and had a very Wodehousian sense that all was right with the world. I may have stroked the cover a little bit (a lot). It’s possible I tweeted a #shelfie. 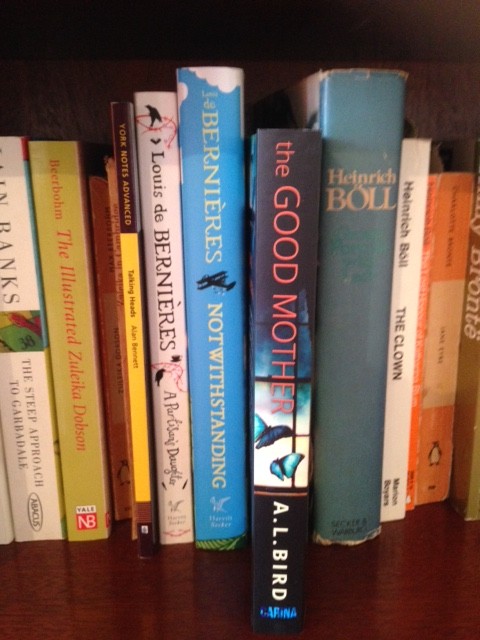 So why this reaction? I’ve always believed the adage that a novel is a novel, whatever format it’s read in – the key point is about sharing the story with as many readers as possible.

Partly, I suppose it’s a primitive reaction of a book-loving author – when I first started engaging with books as a child, digital versions were just pipe-dreams. But I think with this book it’s more than that. This is perhaps the most difficult book I’ve had to write. It features a mother who wakes in a strange room and doesn’t know where her daughter is. I was writing the book in the months after I gave birth to my first child. It is emotionally tough to write about kidnap on your iPad while your treasured first born sleeps on your shoulder. Although I’d had the idea for the book before I had my son, when it came to writing I drew a lot on the amazing and terrifying personal experiences of motherhood that were still raw with me. So this book is more personal than most. And I now for the first time understand truly the idea of a ‘book baby’ – the delivery of a treasured artistic creation that the author has gestated. Like all proud mothers, I want to cradle the creation in my hands, and marvel at the beauty of the physical object (I love the cover – the design team at Carina have been so clever). 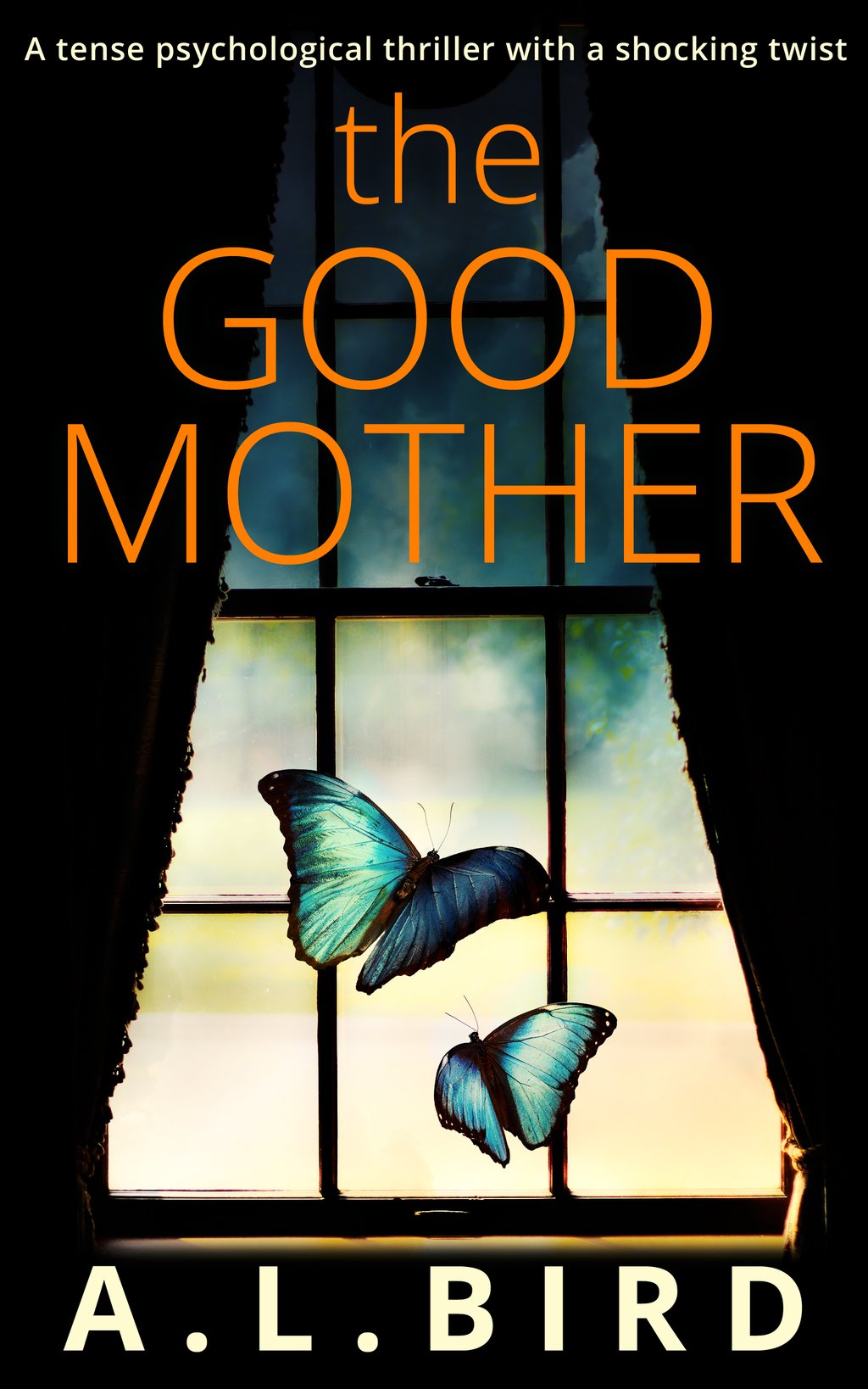 Now, that doesn’t diminish my love for the first-born Kindle child. Indeed, at 2am this morning I was downloading a fresh book in the dark as my teething toddler nestled down on me. I’ve been delighted with the reader reaction with the Kindle edition to The Good Mother – and the thing is only 99p so why wouldn’t you read as a download? But the new physical book is on my writing desk as motivation. My husband and I aren’t even considering the prospect of a second (human) child at the moment. But that print book in front of me is very much spurring me on as I bring into existence my next book baby.

Psychological thriller ‘The Good Mother’ is now available in print and digital – you can order here. 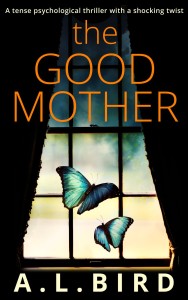 So, yesterday was the big cover reveal day for The Good Mother. As any author (and indeed book lover or blogger) knows, this is a huge day. There is much tweeting, retweeting and general excitement. But why?

A great cover is the visual representation of all that makes up the novel. A clever way of summing up the mood, the hook and the genre. For most authors, they’ve seen the cover weeks before and hopefully have been blown away by the design. By the time of the reveal day, they’re desperate to share this encapsulation of the book with the whole world.

I was delighted when I saw the cover design for The Good Mother – and surprised. Because the clever designers had chosen an image that I would never have imagined, but which completely works. Two butterflies in a darkened room, fluttering at the window. Immediately the questions are racing in your mind: why butterflies? why two? what do they represent? why is the window closed, stopping them getting out? Then you turn to the blurb. You read of a mother and daughter, trapped. Why not just put them on the cover? Why is the image really so very clever? That is where you have to read the book to find out.

The Good Mother comes out on 4 April 2016 and is available to pre-order now.